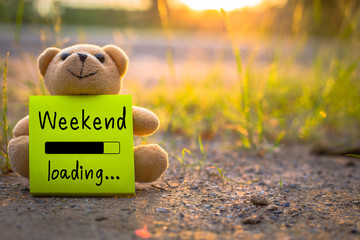 The weekend arrived, with the sluggish Friday workday finishing, as it usually does,  with the rapid scurrying of ecstatic workers eager to make the most of their 48 hours of freedom. The weekend ahead, typically, would have seemed like an enjoyable one; it was a friend’s birthday party on the Friday (cue copious amounts of booze and lairy antics) and I had some merry shindigs planned for St Patrick’s day (aka the same as before but in green). However, after paying £2 for a birthday card, I was very aware that I only had £7 left of my budget – not even enough for one pint in a large number of London pubs (so much for copious!).

I  had enough money left on my oyster to attend the venue for my friend’s party, so I decided thus to go for a short while, if not at least to give her the card I had written for her. Sticking to tap water, I did enjoy myself for a while, seeing the birthday girl, catching up with friends and meeting some new people part of her wider social circle. However, as more and more drinks were served, the chilled tones of the bar were no longer satisfactory for this rowdy crowd; the dance floor was calling. As I literally did not have the money for entrance fees to any club they might have wished to have gone to, I knew this was my cue to leave.

Despite my frugality throughout the week, my slight “extravagance” of seeing a friend on her birthday did have detrimental effects; I was left with only £1 on my oyster, as well as the £7 to see me through to Monday. I decided to thus stay at home the rest of the weekend, only straying to visit the park or wander the streets nearby. I cancelled my plans for St Patrick’s day – it’s hard to enjoy a boozy bender when it would be a 1.5 hour round trip journey on foot and  one drink will leave you penniless.

I again do have to stress that I was incredibly lucky that I did have the opportunity to see my friends at all that week; this is due in part to the accessibility by bus to from the venue to my home. For most asylum-seekers, for issues I have mentioned already, this would not the case. I was again fortunate as, whilst I did have to ability to stay at home, I had also have things to do at home (for my job and my studies), as well as my beloved flatmates for company in the evening. Asylum-seekers do not have these same options for mental stimulation and emotional connection. They thus probably need the options to see people more. However the expense and their location makes this an impractical option.

Although the Lift the Ban campaign primarily focuses on the working aspect of these asylum-seekers lives, the reality is, their limited options in careers and choices in where they can live affect every part of their life; it makes it difficult to form and maintain friendships, to enjoy any time without guilt or fear.