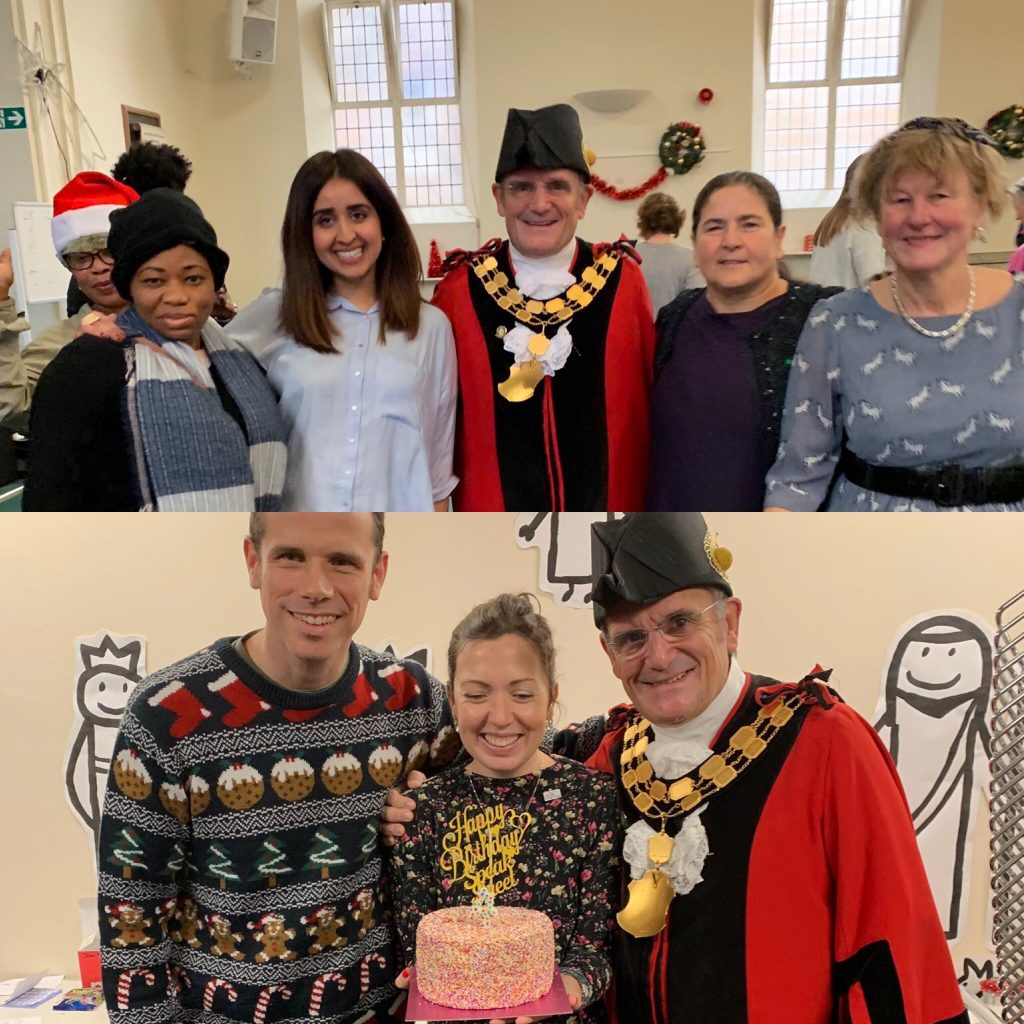 This December we celebrated Speak Street turning four with a Christmas party! The Islington Centre was filled with students, staff, and volunteers who arrived to celebrate, enjoy the birthday cake, dance, decorate cards, and play games, as well as much more. The party was also attended by the Mayor of Islington, Cllr Dave Poyser. It was great to see everyone there enjoying themselves and also to see how much Speak Street has grown since last year.

We kicked off the party with a festive pass-the-parcel and gift-giving, before hearing from Speak Street’s founder Joanna Bevan and from Leo Verity representing the Lift the Ban campaign. This is a cause close to Speak Street’s heart, as the right to work is so important to many asylum seekers like some of those who attend the sessions. As well as Lift the Ban, there was a speech from the Mayor, who spoke about how, despite being the smallest borough, Islington is one of the most welcoming and diverse and this is one of its biggest strengths.

David Goodfellow from The Kindness Offensive announced the winner of guess how many sweets in the jar, which turned out to be our photographer, and the raffle prize winners were picked out by the volunteers. Lots of students won gifts and there were also goodie bags which were kindly donated by The Guardian. After that, everyone joined in to sing a Happy Birthday to Speak Street, and Joanna blew out the candles on the birthday cake. Students decorated their own colourful Christmas cards, and there was a lot of drumming and dancing with instruments brought along by Morgan Butterfield from Creatives Against Poverty.

Here’s to another year of fun social learning with Speak Street and its volunteers who have continued to give their support!